We're approaching the end of the year folks! So it's easy to make vampire metaphors or talk about short books or books I've been reading far too long.

I'm just happy that I like all these books. Even the last one. Which kept losing its grip on me and then started to anger me and then came together and won be over in the final pages. Maybe I like that metaphor for the end of the year best. 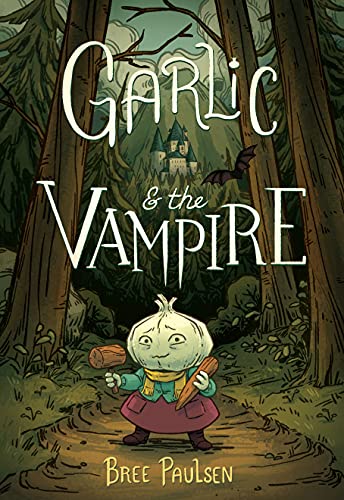 What a charming little book this is! Little Garlic confronts the new vampire in the neighborhood. Her agender bestfriend Carrot believes in her but Celery's a real jerk. The witch who I assume made them is a lovely human being. Sort of like Tiffany's mentors only with all the rough edges ground off.

I'm delighted a second volume exists. What a pleasant world to spend time in.

before and after dinner

The author bio in the previous book mentioned she had also done vampires for adults. I expected something more divergent from Garlic's story but this isn't at all, really. It has the same sweetness, the same vampire-gone-straight, the matter-of-fact reality of varieties of queer. Just with more blood and deep conversations about heavier topics.

As I was approaching the end of its web run (longer than the kickstarted book) I started to realize that, in a way, Bree Paulsen is the opposite of Anne Rice. I haven't read all of the Vampire Chronicles (I loved the first two, but the third outraged me with its stupidity and that was that), but they are largely about indulgence. Devouring the world. Seeking and taking physical pleasure. A fantasy of no regret. Which makes them sound simpler and more pornographic than is fair, but as a summary, that stakes it.

Patrik's story is about platonic friendship and controlling your urges and respecting other people's space and hoping others can be their best selves and discovering your were wrong when you thought otherwise.

And she does it while juggling multiple time periods. 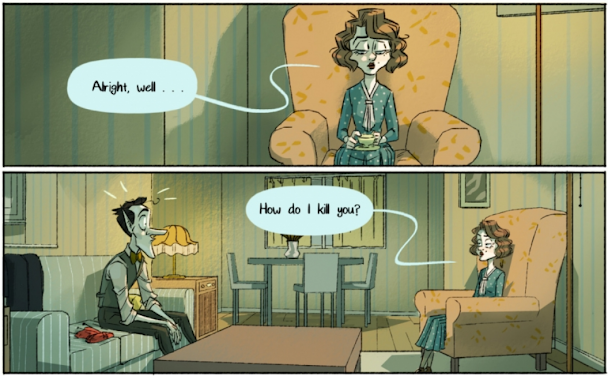 That the story remains light and hopeful and charming while jumping to topics like abuse and suicide and (etc) is a pretty firm signal that she knows what she's doing.

That said, kids comics pay better once your crack into the great field of effort Raina hath forged. So I imagine this story's kaput. Enjoy what's there.

before and after bedtime

Each poem in this collection is titled similarly to every other. Behold Part I:

Anyway, I liked it. I suspect some poems were retitled in order to become part of the collection but that often created a new layer of pleasure. And although there are moments the collection dragged for me, it always returned to sparkling life. It's good stuff.

I didn't pick this because her work was so great with Anne, but if I'd made the connection, I would have. I also didn't make the connection to a book I've had on my list at Hoopla for ages because this is the collector's edition and has a different cover.

Anyway, it comes off like something that will be as popular as it became. But it really wasn't that good. Some lazy character development, plot points that happened because it was time and not because they worked, et cetera. It's an immature work.

But enough small pieces work well enough that I would be interested in reading her work again. I'm not going to bother with the sequel but in a few years, some new thing she does, why not? She has potential. Let's assume she'll develop it.

This is a short novel about 130 little pages. And not his strongest work. Although there are solid elements, the whole thing is haunted by a budding polygamist apologiam that Nephi never quite commits two. The two ladies are okay with both being married to Marcus but one dies and so they're never married to him, in this life, simultaneously. In other words, I'm not sure Nephi could convince even himself, not quite. Which means the books comes off not quite right. The pov twist in the final pages is cute and underscores what does work in the book, but ultimately I think we have to call this a failed experiment.

I loved it. I love it for the breadth it presents and for the many moments of excellence. An excellent place to start. Keep it in the bathroom. 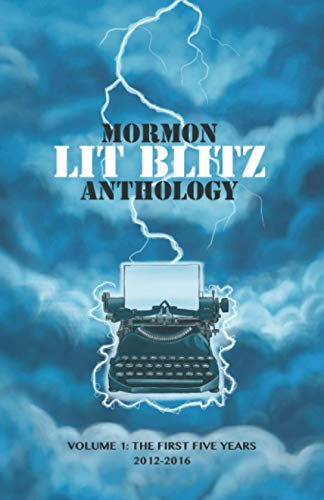 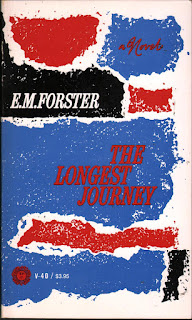 If you'd asked me ten pages before the end I would not have believed I would say this, but I loved The Longest Journey.

It didn't seem to be going anywhere. Every good-seeming thing was followed by a pile of much worse-seeming things. And then (spoilers) the main character DIED!!! He just—he was there one sentence, then he lost his legs in the next sentence, and he was dead in the third! The heck!

And then the final chapter, which should have been the world's grossest epilogue, managed to recast everything through it's precise language and excellent details. It went from being petulantly nihilistic to beautiful and meaningful.

If the first five pages make you want to throw the book away, don't bother. But if you find them at least 40% intriguing as you find them irritating, it's likely worth the journey.

year and a half