Your house is burning down.
Which do you read as you await
the fire department? 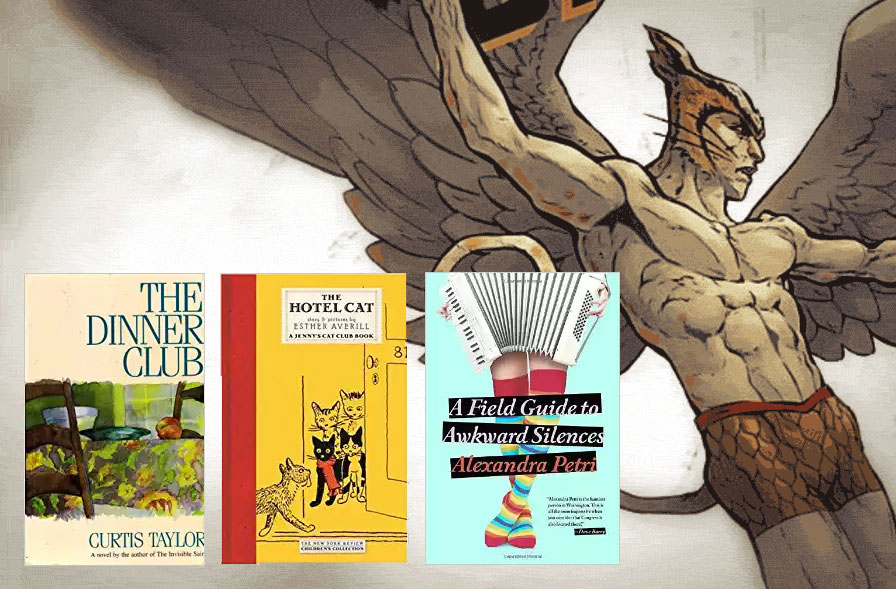 Look: Margaret Atwood is a great writer. She can be amazing, but she can also be ... less. This is less.

I'm glad she's getting to finish up her childhood by writing pulpy comics stories. And maybe the bad Silver Age dialogue and plotting are intentional. Certainly the dumb names are intentional. Angel Catbird I can almost believe someone thought was cool, but Count Catula can't really be seen as anything but an intentionally bad joke.

All that said, in theory, this book could still be a good time. A lark. A fun ride.

And the occasional education breaks to teach us about cat safety don't help.

Let me preface my remarks that this is the second novel by the author of The Invisible Saint, one of the most important books in my personal development as a writer. And that this book is enormously flawed, burying its potential under tons of dross that should have been edited out.

I intend to write a longer look at the novel after I read Rolling Home which, I take it, is a novella-sized rewrite of Dinner Club.

Or possibly it's still well over three hundred pages. (The Amazon page is giving mixed messages.) But it has a new title and I can get it for free on my Kindle, so I'll at least check it out. I hope it's an improvement because there's an excellent book at the bottom of The Dinner Club and it kills me to see it drowned and sunk, bloated and dead.

started on a Sunday probably three weeks ago

This novel was very important to me in second grade, but the last time I read it aloud, when my oldest son was in second grade, my now second-grader wasn't two. So we read it together. It suffered the indignity of many interruptions, but we enjoyed the experience. It's a magical book (and, I only recently learned, part of a rather extensive series), but it's hard to know, now, if it's anything special---or merely special to me.
But I'll keep reading it as long as there are second graders to share it with. 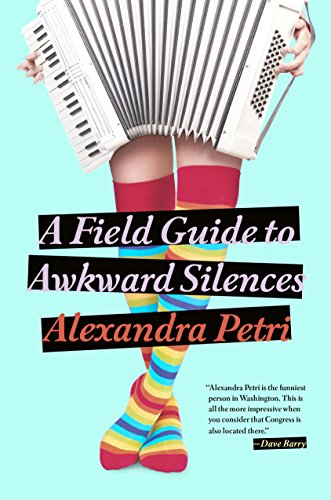 The library gave me this Free Gift about the same time I was becoming a fan of the author's newspaper work (she's, like, the millenial Dave Barry). And so I'm sorry to say that much of the book stutters where her columns often sing. Or, perhaps more fairly, being bound in hardcover,
is sometimes overworked (and thus finds difficulty being light on its feet) and sometimes I probably held to an unfairly higher standard.

On the other hand, some of these essays are excellent. Let's take the penultimate essay which combines a disformed dog and the author's bad driving. Each half of the essay behaves like a longwinded tangent of the other, but they interweave like a complicated dance in
a high-budgeted Austen flick on the BBC. Sometimes, you might forget they're partners, but they keep touching hands in passing and the conclusion of the dance brings them together in satisfying fashion.

Some of the others I enjoyed more as sociology---learning about competitive punning, for instance. A better editor would have realized that this isn't a celebrity memoir but a collection of tightly constructed humor. Some of those would have made terrific magazine articles, but here they're struggling against the collection's better instincts and trying to turn it into the moving tale of a young woman stumbling into recognition of her adulthood. A noble enough goal, I suppose, and in general I've nothing against making a collection of disparate essays thematically whole. But trust your material.

Let's keep an eye on her, shall we?

Our Lord and Savior Juliet

I was at church Sunday when it occurred to me that Juliet must be a Christ-figure. She has the JC initials, she dies, is put into a tomb, and rises again. Other details seem minor compared to these (she's forsaken by her father; she's into love; she renders unto Caesar (Rome) (Romeo) quite a bit; her death brings a redemption and peace to the world; ...), but they're enough to be pretty sure that there's something deliberate going on. I'm just not sure what to make of it.

I didn't look very hard, but I couldn't find anything online exploring this question. 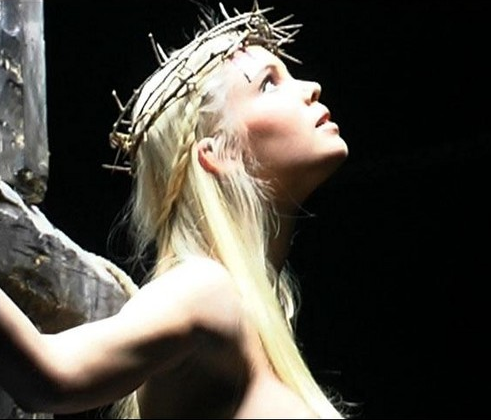 These books we read

Having got tired of my in-the-car book, I replaced it with the appropriately titled volume. Which was a much more pleasant and breezy read. Much more exciting too. And the politics are more contemporary.

Set-up: After his first ghostwriter dies, the former Prime Minister of Great Britain is connected to a new fellow who experience is more rock stars and reality queens.

Ends up that first ghostwriter's death was no accident, but our new fellow's in way over his head!

It's fun and exciting and ends abruptly leaving me wondering why we still have so many pages left.

And it's a twist that is obvious in retrospect but which caught me totally offguard. As a good thriller should do.

This is my third Harris book (after Fatherland and Pompeii) and maybe the best (though my memory's shaky). Coming into the modern era is a good choice for him---this books seems to mean what it's saying a bit more, if you know what I mean. I'll wager this was even more so in Britain, tapping into the sense of being manipulated by the American government during the Iraq War / War on Terror / etc.

One other thing: I must have been a hundred pages into the novel before I realized that the point-of-view had no name. Which is very appropriate of course. And impressive to do it so cleanly I took so long to notice. Well done.

Next up: the movie.

So it appears that innovation is about to plateau and the world will thus get boring.

Not to worry! A solution is at hand!

Inject the internet with an AI that's fueled by the facts on which folklore is based.

I need not tell you this does not turn out exactly as planned....

050) Letters to a Young Mormon by Adam Miller, finished April 2

So I know everyone's already told you that this is pretty much the best book ever written and so my amen might not make much noise, but they aren't wrong: this is a great book.

My primary reason for loving this slim livre, speaking personally, is that Miller defamiliarizes topics such as sin and love in ways that would have been very healthy for me as a teenager or while in my twenties or, heck, now. So much of the way I interpreted my relationship to these abstract concepts proved to be problematic and sources of self-loathing at earlier eras in my life. I've moved past all that now, but my teleological framework is, in some places, still shaky. Miller simply and clearly lays out a new way to think about these things. I want to read the book again and this time mark it up, but I also want to stick to my original plan and, having read it, press it on my 13yrold.

Maybe I need a second copy.

Anyway. The point today is the buzz is real and deserved. Read this book.

about seven months because I just didn't want it to end

Still one of the most fun books to read with students. I wonder if the movie will infiltrate culture enough that I'll stop seeing them be surprised--?

048) Art Ops Vol. 2: Popism by Shaun Simon and a crapton of artists including a panoply of Allreds, finished March 29

I didn't know until I hit up Amazon that this is volume two. Maybe I would have read it differently, had I know, and thus, perhaps, my experience would have been different.

But anyway, Art Ops is high-concept stuff. Essentially cops who deal with art that has escaped the frame into the real world. It's a fine enough idea and the supporting cast dresses fab, but there are too many characters to really care about. Parts of the team have no development whatsoever, and even some of the main characters have perplexing motivations. And the parallel storylines seem wildly offcenter.

But again: perhaps I would have been more grounded for all this had I known it was a volume too. I suppose the world will never know. 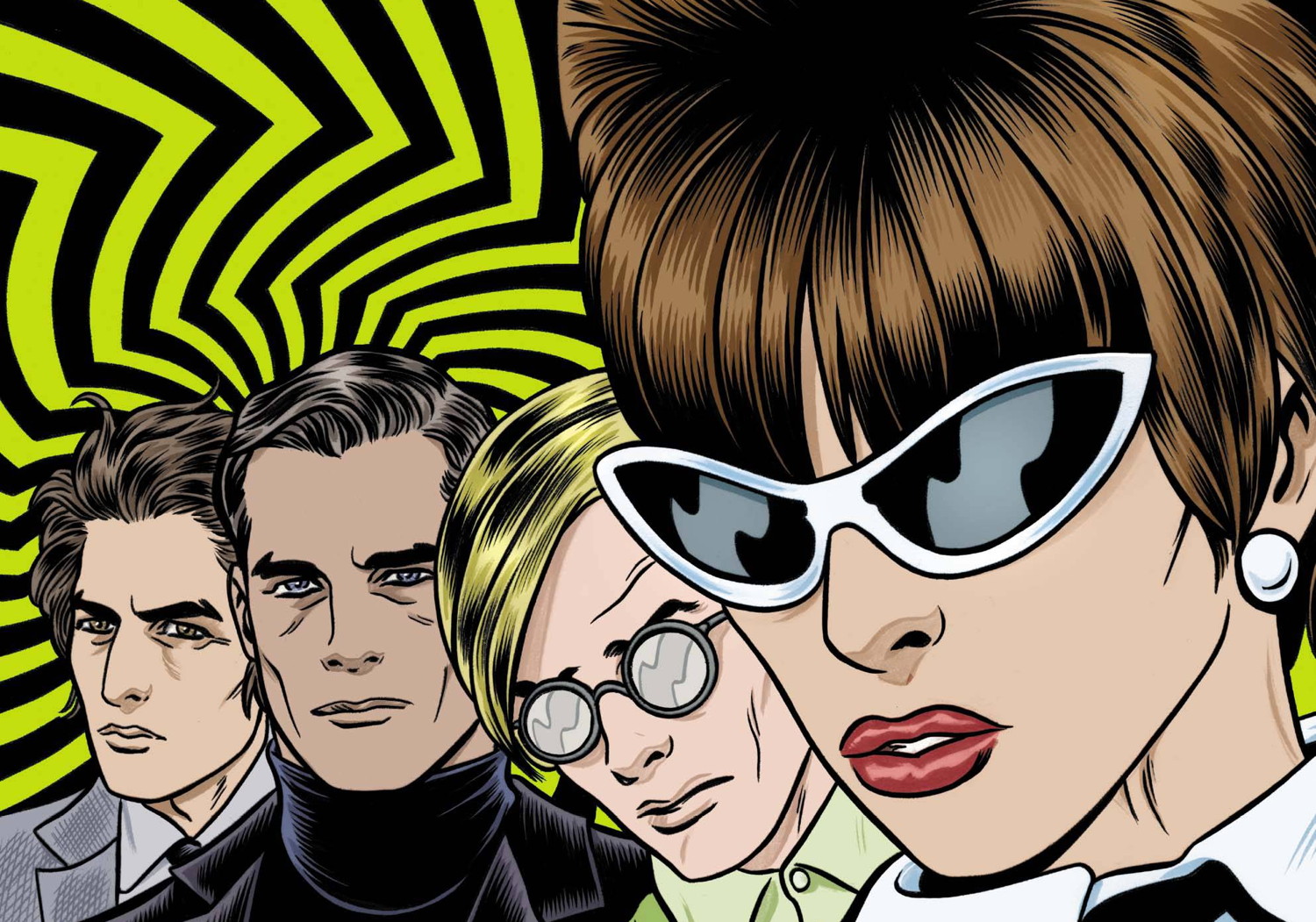 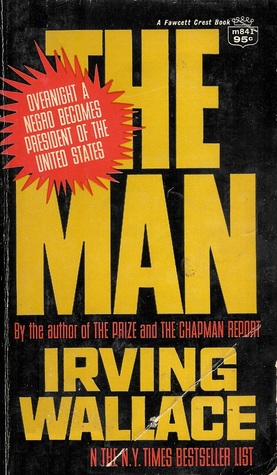 I picked up The Man at the recylcing center, intrigued at what a 1960s author had to say about a first black president. The novel thinks its very liberal but it hasn't always aged so well. As a sociological time machine though, it's fascinating. As a piece of writing, however, it's not that great.

Here's the problem. First, the first couple hundred pages or so are a nonstop series of new-character introductions. Even when new characters finally stop being introduced, the author can't leave them alone---he doesn't think we could bear not knowing about every moment in each character's life. So each time we remeet a character, we have to spend several pages as they eat a muffin and think over every bleeding thing that's happened to them since last we met. As a reading experience, this is incredibly frustrating. Just as I feel like the story's getting some forward momentum, it resets a few days or weeks or even months so we can learn what Joe Nobody's been up to.

I almost rejected this book last December, but then I decided not to start any new books in 2016 and so it got a reprieve. It stayed in the car as my in-the-car read and I read, oh, another hundred pages or so. (The book in interminable.) But I had it about a month ago and so replaced it with an appropriately named replacement.

I was just goofing around the internet and learned that some interesting events were forthcoming---the firing of the Secretary of State, an impeachment trial---but I just don't care enough to pick it back up. Giving up on this novel released me from an everpresent source of anxiety and I'm not going back.