041) The Brothers K by David James Duncan, finished May 18

Shortly, this year's baseball book is one of the best novels I have ever read. This is no puffery, this is fact. I can't push it into your hands fast enough.

Here's the thing about reading books for me that is different than it was long ago: I read books for craft. I read something hilarious or something heartbreaking and I say to myself, hey! nice craft, that! I do not, however, laugh or cry.

Complicated's the wrong word. The book isn't hard to follow. But it doesn't have a simple "plot." It's the story of a family with all their starts and stops and loves and losses and discoveries and disasters. It's life, all packed into 716 pages. (That's another thing: when was the last time I read a book of 716 pages?)

Perhaps my favorite thing about the novel is that each character is fully drawn, and that that drawing is largely attained by showing them bouncing off each other---and the world around them.

This is the story of a ballplayer and his religious wife and their larger-than-life kids---and before you roll your eyes, let me remind you that we were all larger than life, at one time, at least according to our own perspective. "Amazing" kids do not, however, always grow up to become Wikipedia articles.

And more remarkable of all, Theric plans to reread it. And as we all know, Theric does not reread these days. But I'll be rereading this one some year soon when I'm considering my choices for annual baseball read.

The movie was a favorite of my wife's. I can't remember for sure, but I think when we watched it together, I was not as sold. But when this book fell into my possession (with ecstatic period blurbs), I started reading it in my free moments at work (eg, while the kids are taking tests) and wrapped it up surprisingly fast. It's not nearly as funny in 2015 as I guess it was in 1955, but I did laugh a time or two. What was most enjoyable about it was the look at the time period. Midcentury classism! Racism in transition! Fashion trends I can't begin to understand!

a month or two

039) Skandalon by Julie Maron, finished May 1

Yeah, so, hm. Anyway, this look at fame and art and whatever started intriguing and just got dumber and dumber until it got dumbest and was done. This French artist is sorta a big deal (you may have heard of the movie based on her previous book Blue is the Warmest Color, but I'm not impressed by her follow up. It's draped in philosophy and psychology, but the fanciest curtains don't change the hole in the wall.

I don't read a lot of historical fiction, and the only World War II fiction for adults I can remember reading is Dean Hughes's Children of the Promise series, and this novel shares a lot in common with those ones' scenes of the Pacific. I remember very clearly the scene of one point-of-view character getting killed on the beach of Iwo Jima or Midway or one of those rocks. This book is similar, though grimier and with a few more bad words. They're also similar stylistically---great storytellers, middling wordsmiths. That said, I enjoyed the book, I learned a lot, I'm glad I read it.

It was lent to me by a WWII vet who served in Okinawa (the primary setting of the book). He was on a ship rather than on the ground, but he let me borrow it because a) I had given him my Gallery book (which he had liked) and thought I would do well to understand what the war was like in his theater. I'm looking forward to returning the book to him and having a chat. He's one of my favorites.

four months or so

These comics just keep getting better! Though The Motherless Oven is more to my taste, Shutter is probably just as good. (I say "probably" because, as a serial, it remains unfinished.) In a world part Jules Verne, part Oz, part Hellboy, part Blacksad, part Dreaming, all awesome, our young hero is thrust back into the world of danger and adventure she had thought she'd left behind. Only now, instead of it being the family business, hitherto unknown family secrets are rising up to kill her.

In the lousy six issues collected here, the world---in all its alien insanity---is fully formed and the necessary character arc has been sketched out. And we care about her. We really do. Because we see this is a world where people die horrible, violent, irrevocable deaths. Plus she suddenly has a kid brother to care for, so there's that as well.

Anyway, after the other collections I've read recently, I haven't usually been upset they ended. They're a nice taste and I'm done. Not so with Shutter. I want more. More more more. It's been a while since I've been so tempted to subscribe. 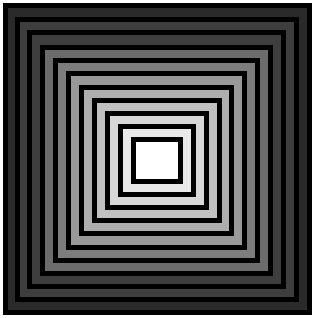 Why the Apple Watch is already a failure 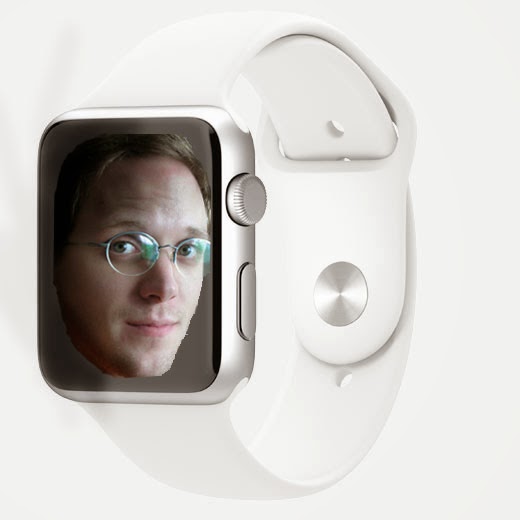 Look. I'm not an early adopter and so no one really cares about what I think about new tech. And sure, I'll bet Apple sells a kajillion of the dumb things. But the product is still a failure at appling as Apple is supposed to do. The iPod, the iPhone---these truly disrupted the market and changed the nature of modern life. Especially---although it was a long time ago and hard to remember these days---the iPod.

The iPod got old people who had never really latched on to cds to skip a few generations of product and sign up for something new. Here in 2015, most people can't accept that I don't have a smartphone (or any cellphone for that matter), but I don't and I'm unlikely ever to get one. Why would I? They're expensive, intrusive, annoying, not something I want in my pocket, and an utter endless hassle. The Apple Watch is marketed to take away all the hassles of owning a phone. Except, of course, it only works if you carry an iPhone around with you.

So the Watch doesn't allow a willing leapfrogger like myself to leap some frogs. I'm trapped. Even though I recognize the world has passed me by and I'm getting anxious to rejoin it, even though I imagine it will be a wearable device that finally brings me back to the future, this wearable device that requires me to carry around a phone isn't merely redundant: It's backwards.

And that's a failure for any Brave New Device.

Apple's leaving the door wide open on this one.

This was my introduction to the talks last Sunday (molaq).

Some things are stupidly radical. Do you know what I mean? Radical because no one else is doing them; stupidly because WHY IS NO ONE ELSE DOING THEM???

One of Mormonism’s radical---if stupidly radical---doctrines is belief in our Heavenly Mother. According to a 2011 article in BYU Studies, Heavenly Mother has been spoken of dozens---maybe hundreds---of times in official settings by the Church’s general leadership. I’m aware of maybe a hundred poems by LDS poets about or mentioning our Heavenly Mother. And, as the Article of Faith says, we believe that many great and important things are yet to be revealed, so it’s reasonable to expect more insight regarding our Heavenly Mother going forward. But what apostasy led to this need for restoration?

It’s a more complicated question than the simplified answer I’m about to give, but almost three thousand years ago, much of what we call the Old Testament was molded by a group of scribes now called the Deuteronimist. Among other goals, they attempted to excise from the record any mention of the divine feminine. They were largely successful. Hence the Article of Faith stating we believe the Bible to be the word of God as far as it is translated correctly. Hence the need for a Restoration.

Now we come to our stupidly radical plan for today: to rejoice in our Heavenly Mother. Yet, notwithstanding dozens---maybe hundreds---of mentions in General Conference and official statements, including the proclamation on the family, or the heartfelt statements of our poets (or of our own hearts), what do we really know?

Now, when knowledge of the Messiah was slight, we relied on types. Moses was a type for the coming Christ. He delivered his people. He raised a symbol of grace, that all who looked upon it might be saved. Adam is a type for Christ. As in Adam all die, even so in Christ shall all be made alive. Through similarity and contrast, through magnificence and plainness, the scriptures set up mere mortals to teach us of our Savior and of our Heavenly Parents. Today we will examine three great women and consider what we can learn of our Heavenly Mother through them.

[X] will speak of Eve, the mother of all living, and a type for our Heavenly Mother.

[Y] will speak of Deborah, a mother in Israel, and a type for our Heavenly Mother.

And [Z] will speak of Mary, the mother of our Lord, and a type for our Heavenly Mother.

So you're interested in why the Latter-day Saints
feel a [doctrinal] need to care about the planet....

I would start *here* with some "official" thoughts then read *this* that they link to. Then I would check out *this* set of links from some Mormons particularly vested, and then settle into *this* which might be the finest single publication on the topic.