I received an honorable mention from the Irreantum Fiction Contest, and two judges have contacted me saying I made judges cry. (Frankly, I think making Angela Hallstrom cry is a good life goal. So let's add that to my list and then check it off.)

I like James Goldberg and I think he's an incredible writer. But the rules of engagement require that I now treat him as an enemy.

My friend Karen Rosenbaum picked up some prize money as well. I first met her when she edited my story "The Widower" for Dialogue. I've since moved into her ward which, I suspect, makes our ward the best represented in the Irreantum contest. Berkeley Ward pride! Yay!

Letting someone else write a svithe on the "Ground Zero" mosque

I've been wanting to write this, but Randy just took care of it.

As you may have noticed, I have not been on top of my weekly svithing lately. In order to resolve this issue, I plan on dipping into the archives and bringing back svithes you a) probably haven't read and b) even if you did read it, you don't remember it. This week I'm bringing back the first classical svithe.

This svithe is apropos because today in Sunday School we discussed Ecclesiastes which, as you should know if you do not already, is awesome.

Someday I will go through the book of Ecclesiastes and write a long, long essay--maybe even a short book--on why I love it so much. Someday is not today, but I feel like touching briefly on its themes so I'm going to go ahead and do just that. For I am a wild-eyed libertarian.

What drives me crazy is how people dismiss Ecclesiastes as a bunch of pessimistic drudgery. Not so! First of all, people who say that don't really mean pessimism at all--they mean fatalism. Like here:

Where they fall, there they are.

This is not pessimism. And it's not precisely fatalism either. If anything, it's kind of taoey. The message here is relax. Don't worry about things you can't control. The tree fell? So what? The tree fell and there it is. Move on. Only worry about what you can control.

Following immediately after Proverbs as it does, with all its maxims of be good be strong be able do your duty do your best do more et cetera, Ecclesiastes is a breath of fresh air. The Preacher is not relieving the Bible-reader of any responsibility, but he is giving permission not to despair when things don't turn out just right. Yeah, you should follow the good advice in Proverbs, but you know what? Even when you do,

. . . the race is not to the swift, nor the battle to the strong, neither yet bread to the wise, nor yet riches to men of understanding, nor yet favour to men of skill; but time and chance happeneth to them all.

And that's frustrating. If I work the hardest, shouldn't I get the heftiest reward?

Sure you should. But it doesn't mean you will. And that's why the Preacher is always going on and on about vanity and death. Not because he's depressed or "pessimistic"--but to remind us that placing all our eggs in the basket of brilliant mortal success is nuts. Because we can't control that success.

What can we control, then? Is anything we do of worth? If I can work all my life and die a pauper, what's the point?

Let us hear the conclusion of the whole matter: Fear God, and keep his commandments: for this is the whole duty of man. For God shall bring every work into judgment . . . .

In other words, the point is to forget about these short term rewards--what Jesus terms "that which moth doth corrupt and which thieves can break through and steal"--and let's just do the best we can and stop worrying so much about consequences. After all,

He that observeth the wind shall not sow; and he that regardeth the clouds shall not reap.

So forget about the wind and the clouds and just do what you can.

That's not pessimism. That's a relaxed realism and I dig it.

Rejoice . . . and let thy heart cheer thee . . . walk in the ways of thine heart, and in the sight of thine eyes: but know thou, that for all these things God will bring thee into judgment. Therefore remove sorrow from thy heart, and put away evil from thy flesh . . . . Remember now thy Creator . . . .

And he will remember thee.

Demonstration of The Letter L

Which is not to say that this book doens't have its laughs. And Lady Steed, who was just flipping through it, likes it much more than I do. So there's that.


I read the introduction to this book, set it aside for a few months then took it with me to Comic-Con where I read all but the final tale --- mostly while homeless.

I finally have, after a year+'s hiatus, returned to read the last story and the timing is tremendous. It provided the sword to cut through the Gordian Knot for a project I'm currently working on.

If you're looking for genre short stories which prove genre's worth, this is a good place to start.


Holy moly! What a cliffhanger!

Sorry, but this volume ended in the middle of the story, and the next volume's sitting there waiting for me on that shelf right over there, so I'm going to go grab it if you don't mind.

032) I Am Not a Serial Killer by Dan Wells, finished August 6


The second book finished in Experiment Kindle (and another pdf, this one very difficult to read) is also the most riveting book I've ever read.

(It's also a complete ripoff of me. Take one part "Happy St. Patrick's Day" and two parts my aborted reluctant teenage sociopath and you've got IANASK.)

I haven't had this much fun in a book for a while, and I can't remember the last time I turned pages so quickly. Everytime Lynsey took the Kindle to read Persuasion I wanted to, well, kill her. (I am not a serial killer.) (One will do me fine.) (He said hahahumurously.)

One of the most deeply flawed heros of all time, John Wayne Cleaver, is a kid that nature would have be a serial killer. He's trying to avoid that fate, but when a killer shows up in his hometown, the only way it can be stopped is if he kills him himself. And to do that, he must release his inner monster.


(You can tell I have not yet fully joined the future because I feel obliged to mention that I read this on a borrowed Kindle.)

The Kindle I'm borrowing has a bunch of these Clone books. I picked one at random to be my first Kindle experience. Rogue Clone is not the first in the series and I do not know how typical it is, but, honestly, it wasn't any good. It had good moments, but as a book it does not hold together. It was several stories smashed randomly together, ending more, it seems, for the convenience of the author rather than for the pleasure of the reader. Because let's be honest. While I could come up with convoluted artistic justification for this book's quirks, ultimately they are errors and failures because the book claims no purpose beyond entertaining a reader. So I didn't ask many things this book. But cohesion and good sense were two of those few.

The Big O said this tonight:

"Cigarettes aren't as bad as television." 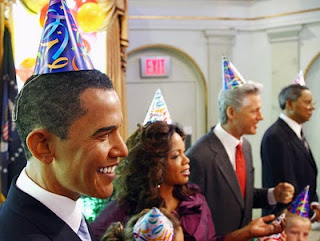 Sorry I missed it, man! Hope it was awesome!
Thritten by Th. at 8:39 AM No comments:

Yesterday Lady Steed and I were able to go to the temple, which is not something we get to do that often these days, what with small children who aren't allowed inside. Although that's actually one of the draws. But our ward provided babysitting and off we went.

That was good, though I think (at least for me) temple attendance increases in meaningfulness with frequency of worship. But it still made for a great start to the day. (After that we and the kids fed ducks so, you know, best day ever?)

Today was Fast Sunday. Only the Big O and I were at church as son-number-two had thrown up in the night. Perhaps that lack of baby-wrangling explains the glory of that meeting. I have not felt as moved spiritually by a sacrament meeting in a long time. Testimonies shared --- including a few related to the previous day's temple trip --- slipped right into my heard, and I felt like I was bleeding love. Actually, that sounds like a bad thing. It wasn't. It was a good thing.

In the second hour we talked about Ahab and Jezebel and Elijah --- the most epic portion of the Old Testament (sadly reduced to but one week). Miguel Sanchez taught and our discussion of the widow and her son moved me in ways it never had before. Perhaps because I was thinking of other young women I know who've lost their husband and then things get worse. Or perhaps because Miguel observed that she was probably a Phoenician --- the enemy.

Then, third hour, I taught. I talked mostly about Sam Brannon (I relied primarily on these two sources: Bagley, Campbell). For a few reasons.

1) San Francisco has a rich Mormon heritage. For a while, the town was mostly Mormons. It's good for us to know that.

2) Sam Brannon had a fascinating life.

3) He's dead, so we can feel free to try and learn lessons from him without offending him.

The discussion went all right, but ultimately, I feel like maybe ending the day on an apostate wasn't the best cherry for the sweet spiritual Sunday that had been August 1.

Next time I'll have an alternate lesson prepared on William Prows. Just in case.

for the previous svithe, also related to pioneer day