035) Of Many Hearts and Many Minds: The Mormon Novel and the Post-Utopian Challenge of Assimilation by Scott Hales, finished May 22

I suppose this is as much a comment on my interests as on the work itself, but this is perhaps the quickest I've ever read a doctoral dissertation. I find Scott's tools for analyzing the Mormon novel compelling. Ignoring the introduction and the conclusion, it consists of five chapters. The first gets into what he means by post-utopianism and Mormon fiction, etc. Chapter two is the best treatment of Nephi Anderson to date. Admitting his flaws and his strengths in appropriate measure, Hales of course is focused on this concept of post-utopianism (which, no, I'm not going to define---you'll have to wait for the published version) but even with that narrow focus, this chapter's a great introduction to Anderson and his work.

Chapter three gets into faithful realism, eg, The Backslider and its generation of "disaffected" fiction. Again, with his lens, Hales isn't focused on the novels' relative merits as fiction (this is not a list of reading-list recommendations, alas) but his analysis is insightful and useful when considering the evolution of the form.

Chapter four I started out by skimming (I've no great interest in Mountain Meadows fiction), but it eventually drew me in. 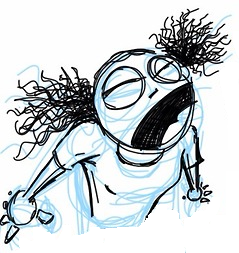 Chapter five attacks a topic I'm greatly concerned with, what Scott calls going transnational. I feel woefully unprepared for this issue of Mormon artistic output serving a global community, but it is something I'm trying to grapple with in my own work.,

The most highlighted section of my reading though was the conclusion that explicitly articulated many of my own nonfully expressed personal artistic goals. In fact, to me, it read much like a manifesto. (I suppose having Byuck cited didn't hurt, but really: although couched in the stolid impartiality of the observing academic, to me it tasted of revolution. As a manifesto, we could do worse.) New Mormon Fiction!

A delightful little work. I hope he finds a publisher. With the explosion in Mormon-studies publishers and the singularity of this work, I'm hopeful that he will.

034) Field Notes on Language and Kinship by Tyler Chadwick, finished May 21

Even though I read this book with a notebook open to jot down poems (this book does more than inspire poetry, but that it does very well), I read it at a tear. I forced myself to set it aside when I had Whitney reading to do, and my picking it back up was a tad slow, but I enjoyed the final quarter no less than the first three. Both the poems and a full review will go up soon. These will turn into links when they do: review / poems

You may have noticed that I don't really pick up 500-page books. Life's too short. But Lady Steed's bookclub was reading this one and I picked it up from her side of the bed to read Michael Chabon's intro---and he totally sold me. I knew I had to read it, long or not.

If it helps, think of it as four short novels, or two normal-sized novels (how it was originally published in Swedish). Hard, of course, to parse the difference between Bengtsson's writing and the translation by Michael Meyer, but regardless of who gets what credit, this is is a beautifully written book. Calm and plain---it tastes like an ancient book, but you get occasional wisps of its modernity (it was published in Swedish in the 1940s and first in English in 1955). Part of the pleasure of this book is not just the adventure and violence as its hero goes a-viking, but its sense of the utter mundanity in the year 1000. Their lives accept levels of awful (by our estimation) that is unfathomable. But the narrator's bored attitude toward rape and murder do more toward building the reality of this world than anything else.

Another engaging part of the story (that seems remarkable to modern eyes but which the narrator makes seem as everyday as spit) is the encroachment of Christianity into these Northern lands and the manner in which old and new gods run into one another.

Really: if you're looking for a summer book, you cannot do better than The Long Ships. Get your copy today.

Email ThisBlogThis!Share to TwitterShare to FacebookShare to Pinterest
Labels: Byuck, five books at a time, mormon arts, what other people are saying about thme 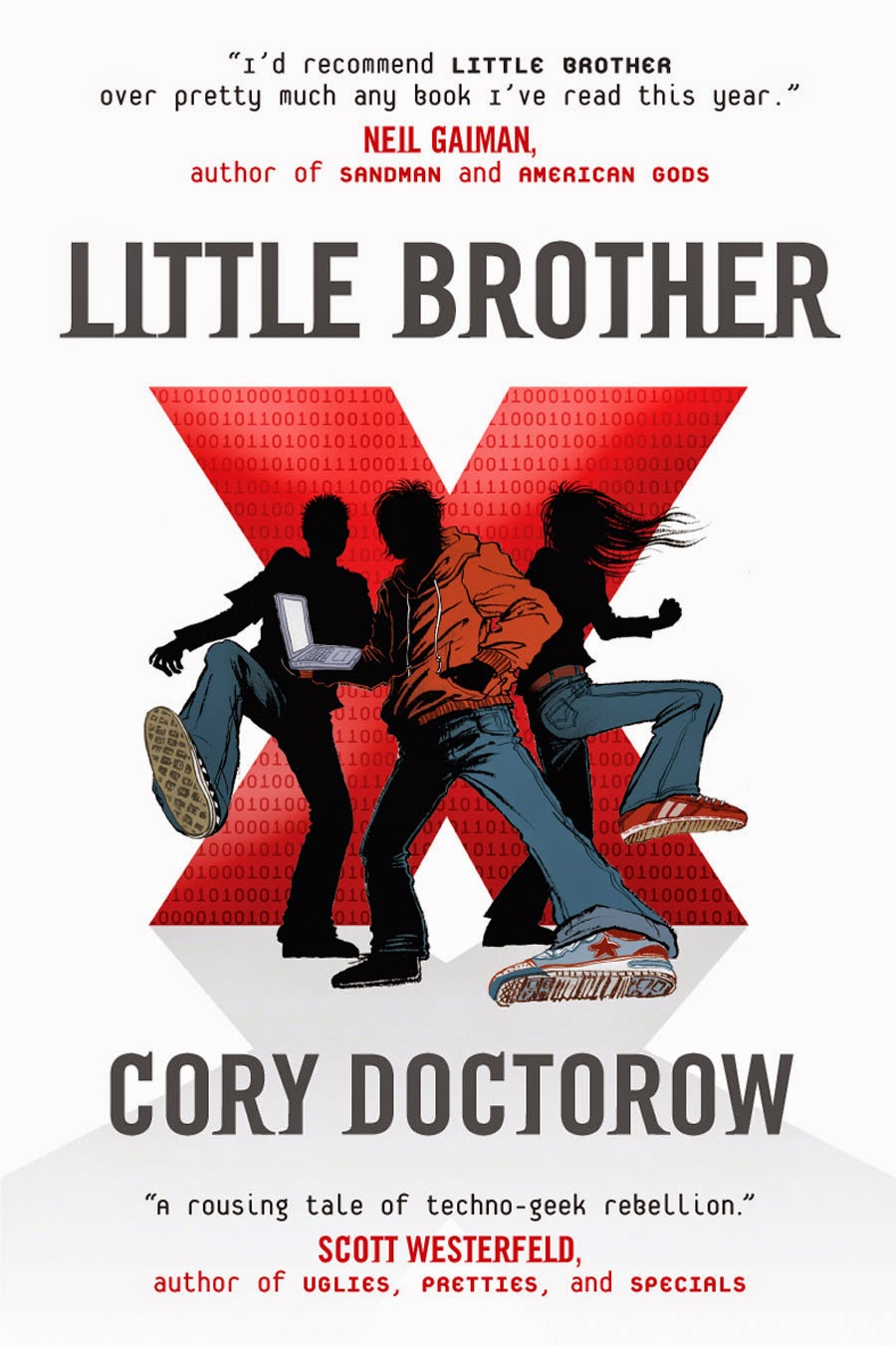 Doctorow's book had so many people calling it both IMPORTANT and thrilling that I felt obliged to pick it up. Which I did, from the school library. It's been next to my bed for a couple years now and I never got more than a hundred twenty-some pages in. When I was reading it, I found it compelling (the politics---the tech manages to be both still-futuristic and already-dated), but when I set it down, I would forget all about it. So I'm calling it quits.

That said, it's still a book I would recommend to young readers who maybe don't get the references in this title and the main character's nom de hack w1n5t0n. Because it's a thriller, we send w1n5t0n to Miniluv before a hundred pages have passed, then let him loose to start forming The Brotherhood with his teenage buddies.

Politics I like. Exciting pacing. Even takes place in a well captured Bay Area. Surprised I didn't just power through? Me too. But I think the first-person narrator was part of the problem for me. Even though it's obligatory for YA lit these days, I'm a bit sick of it. And for a Nineteen Eighty-four pastiche, it's a bizarre choice. It limits how broken the protaganist can become which limits the amount of risk he can possibly undergo. In other words, the choice of first-person necessitates jetissoning a large measure of suspense and danger. In other words, it makes the novel much much safer. And that, I think, undercuts the politics and the pacing leaving a moral-of-the-story, characters I hopefully like totally love, and some good pizza recommendations for next time I'm in the Mission.

Though a minority, the prophets of the Church in Book of Mormon times were always Nephites. This may have been a contributing reason to their society's eventual demise due to interracial warfare.

Good thing we have the Book of Mormon, that we may learn its lessons.

032) Mormon X: Confessions of a Latter-day Mutant by Ben Christensen, finished May 8 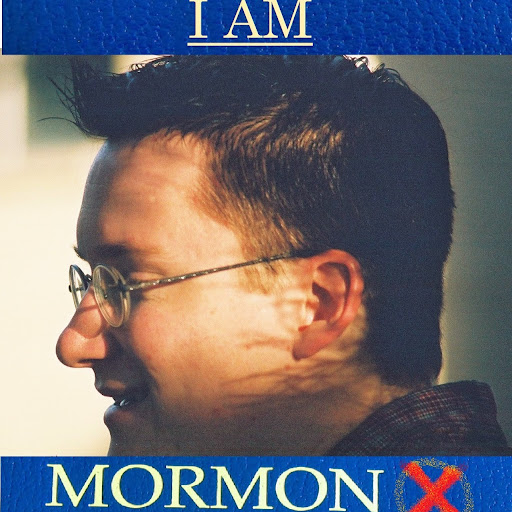 This roman à clef slash allegory about a young BYU student has been interesting to watch unfold. I think I knew where it would end up before the author did (or at least before the author admitted he knew where it would end up. And it's been interested to watch the MoHo community come out and support the book. Ben consulted with me regarding the ethics of letting people assume the book was in fact about a Now! BYU student and he followed my advice, but catching up now on the last couple weeks of posts, there are a number of commenters who seem so emotionally involved in the story that I wonder, retroactively, if some sort of disclaimer mightn't have been more appropriate. Ah well.

At any rate, I imagine this book will be more successful at proselytizing young Mormons to atheism than to the mutant lifestyle. It is certainly a trememdous piece of propaganda though, largely because of its honesty and "real"ness from the very beginning. Real characters undergoing real change will always inspire readers to feel as they feel.

I anticipate the posts being collected and reformatted and released as an ebook in the near future. So if you don't like reading backwards, you will soon be in luck.

031) Consenting Adults; or, the Duchess Will Be Furious by Peter De Vries, finished May 6

I can't remember how I heard about De Vries even though it was only a month ago. Looking at him online now, I suspect I decided to read him as America's funniest-yet writer of religion. But the local library system is down to two volumes---neither of which, do I think, is specifically religious. But the two left are the one about sex (this one) and the one with the best title. So I checked them out.

It's a classic example of midcentury humor and thus can largely be skimmed. The character is erudite and much too aware of it and while amusing, it is also tiring.

The other worth-talking-about aspect of this book is its engagement with changing sexual mores. It's aged peculiarly and makes me wonder if writing about contemporary sexual mores will always be the surest way to age a book. That said, he did hit upon some [I refuse to commit to any particular adjective] ways to describe acts of hankypanky. E.g.:


What memories. Snooky laughing gently as I reached my peaks, with a woman's deep, deep joy at bringing a man to such ecstasy. Snooky drinkiing off a last lingering dewdrop, squeezing it forth like sap from a flower stem. She said she plagiarized the gesture from Lady Chatterly's Lover, though I have scoured my copy in vain for the precedent.

I don't know how our angry duchess compares to the prurient novels of Roth or Updike, but there you go.

As a novel, the structure seemed bad. The bulk of the novel is in the smalltown Midwest, then our hero goes to New York where the same laws of nature and expectation do not seem to apply as the plot speeds up without going anywhere (while going everywhere simultaneously)---the universe existing primarily, it seems, to fit in such un-fit-in set pieces as satire on the theater, two men and a woman, and a man with triplets. Almost as if he'd conceived the book purely as a vehicle for those sex scenes (the flapcopy backs this theory up) and so he had to cram them in at the end. That's what happens when you spend too many scores of pages engaging in humorous rhetoric.

Anyway. I imagine I would enjoy his nonfiction more.

I put some money towards this on Kickstarter and almost immediately started to regret it. At first, I figured it wouldn't make its goal and so this was just a vote for comics. Then it made it and the updates kept coming, but instead of getting excited, pretty much everything I saw made me dread the final product. (And not in a good way.) It finally arrived with its hideous cover and I stuck it on a shelf and it might have remained their forever except the shelf was getting full and this is a big book, so I took it off and gave it a read.

And holy crap but if it isn't the best horror anthology I've read in . . . . You know, as far as multi-creator collections go, I can't think of a better one. And I'm not talking exclusively comics here.

Twenty-six stories making up almost 360 pages of content and although there are a couple soft-hitters and a couple that require me to keep this book away from the kiddos, overall, this is a fine fine collection of scary stories and one I happily recommend to anyone interested in the intersection of comics and horror. Wildly original in several places and greatly divergent from each other. These stories are all over the place (in a good way).

The movie would be better than the book. See more at the AML blog.