These books are fine books

Absher is a poet I know through Irreantum (most recently) and he offered to send me his latest book. I agreed and he threw in two older books as well. This was the shortest and prettiest (and oldest) and thus the one I opened first.

The book is structured around the four seasons and is mostly haikus. So it should not surprise you that it is heavily nature-themed. And successfully so. It's a lovely book. And the few excursions into slightly aside topics blend nicely with the pastorals.

(An example haiku that is not about ice or leaves.)

My favorite poem may have been "Mackerel, Sesame, Jehosaphat," one of the longest poems in the book (the longest?) at over two pages. Black Bird creates the world in one of the best reimaginings of Genesis 1 I can recall (and I love retellings of early Genesis!).

Anyway, it's a lovely book and twelve years old, so good luck finding your own copy!

one afternoon and evening

Once upon a time there was a thing called Will Eisner's Quarterly. The stories in this collection first appeared there from 1985 to 1991 and show the variety and depth and irony one expects from a good Eisner tale. Can you imagine getting that in the mail? What a pleasure that would have been! I mean, at the time, I wouldn't have appreciated it, but so cool.

Anyway, this mix of stories includes gangster tales and family drama and early humans and a riff on Kafka and you name it. Pretty great. A terrific intro to the man's work—and much easier to find than the original issues. 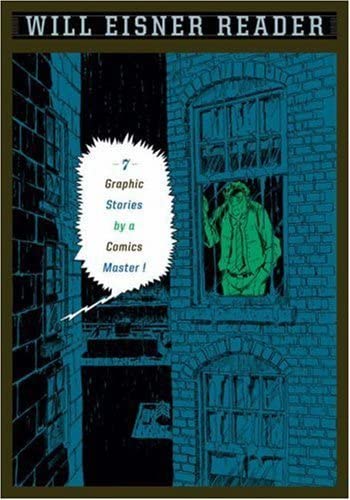 
0066) Pen Pals by Aaron Cometbus, finished June 4 I'd been attracted to Berkeley long before I moved here but even now, in my second decade in the neighborhood, I wouldn't say I understand it or have a particularly strong grasp on the depths of Berkeley's meaning.

He's eight years older than me and grew up in Berkeley in a very Berkeley manner, hanging on out the street and worshipping leftist nutjobs. He now lives in Manhattan living the same life and he's been chronicling his lifelong obsessions since he was 13 and, I guess, still today.

Anyway, I learned about him recently having found this issue of his zine in a little free library in the hills of El Cerrito as I was wandering around with a vague idea of where a garage sale might be that my wife had driven to and had certainly abandoned by the time I left to look. I did not find her. But I found Cometbus.

Other issues can, apparently, be pretty inaccessible to outsiders, but Pen Pals is a novella-length memoir that works as a terrific entrance to his world. Honestly, if I'd picked up something handwritten or collaged, I may not have given it enough attention. I'm glad I found this one.

I should mention that, memoir though this may be, it's touch to say just how true any of it is. Among other discussions in this volume, he mentions some novels that capture Berkeley with something re recognizes as familiar, honest. But, best I can tell, there is not novel called Collective by a Joan Recht and no The Last Assyrian by an old "Assyrian." This is gravely disappointing to me.

I kinda guess they are real books, but these are not their titles and the author's identities are even more disguised than they appear.

Anyway, even though I'm not connected to Berkeley's history and depths, I do know what it's like to be part of a fringe community and to feel a compulsion to dig deeper and deeper into its history and details. The recent death of Béla Petsco has felt a great deal like Cometbus's descriptions of seeking out members of his old guard. They get old and grumpy but they appreciate the attention and there's an uncertainty as to whether it is better to give them love or let them retain their legendary untouchableness.

I'm glad we reached out though. No one should die believing they are forgotten. Maybe, someday, some young thing will reach out to you.

a few bursts over a month or two


067) I Shall Wear Midnight by Terry Pratchett, finished June 6

After Wee Free Men, the 5yrold warmed up to these books and we sped through A Hat Full of Sky and Wintersmith. We spent much longer on volume four. In large part because Tiffany is growing older (she starts the book at sixteen and, in the epilogue, is seventeen). Her interests are, naturally, diverging from a 5yrold's. 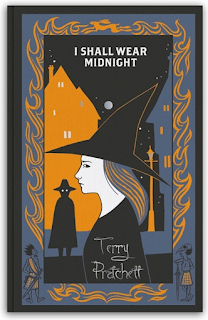 The supernatural baddie in this one is also quite terrifying. Nightmares occurred. And he seems so unstoppable—! But then, so did the Queen of Fairies and the hiver and the Wintersmith, at that. But this one seemed particularly impossible. And, at first, Tiffany's typically plain solution felt like a cheat.

But as we read the following pages after her victory, I realized there had been no cheating at all.

The rest is what I would consider meaningful spoilers, so be warned.

In books two and three, it seemed as if Tiffany and young Roland, the baron-in-waiting, were fated to end up together. And all the reasons we thought so were reasons that seemed reasonable to them, as well. But, in the end, those were only so-so reasons. And when this book begins with them apart and Roland engaged, it's a little heartbreaking. Even though Tiffany is still just a kid and should be in no rush.

And so, that the conclusion of the monster is also Tiffany marrying the two of them together, is absolutely appropriate.

And, even more remarkably, let me tell you of a character that seems to be comedic background as the story begins. Rare is the book that captures so well how falling in love can happen while you're not looking for it at all. This is a wonderfully sweet romance and the manner in which it reaches a conclusion in Midnight choked me up and made it difficult to read.

We'll need to put a pause on starting book five as summer's a-coming and starting tomorrow the 5yrold will be with her grandparents for at least a couple weeks. But I for one am so excited.

I am astonished this is the work of two people. I'm not sure I've read a comic in which words and text are so idiosyncratically intertwined. And while it makes sense to think of them as separate things, they are just as much reliant on each other. Pages may go by without one or the other, but the whole is all the wholer therefore.

Anyway, it's a crime tale, two young kids in the 1930s scrambling across the country getting into scrapes and worse. It weaves from point of view to point of view without roadsign and we the reader must assemble this collage which lets us feel as disconnected as the kids do themselves.

The art starts and ends with images reminiscent of Lynn Ward or Frans Masereel, cuts of some kind (wood? linoleum?). But the varieties and styles of art pass through a dozen styles (by which I mean both medium and presentation and level of realism and such).

I've owned this volume for a while but every time I flipped through it I was leery of this variety, worried it would just be a mess and confused and unpleasant. I'm happy to report it was all of those things but in a wonderful way. (See some of the art here.)

I don't remember where this came from, but I'm trying to unload some books and manga don't take long to read, so I sat down to crank it out. It's the first volume in an interesting detective story where humans and robots coexist on a nearly equal basis.

I didn't realize until I got to the stuff at the end that our lead character is a minor character in Astro Boy and this is a new take on a classic Astro Boy story, "The Greatest Robot on Earth" (or "The Greatest Robot in the World") which the legendary creator of this volume says "has been enshrined as a centerpiece in the literature of our generation."

This was only one of eight volumes, but it seemed pretty good so far!

I'm not sure why I felt a need to read this book. I mean—it's for what, second graders? And yet I couldn't let it go before reading it.

Anyway, I guess it's good for second graders? New kid moves in, is a one-dimensional villain, they he and the protagonist are friends at the end. It doesn't really hold up to adult eyes. But I guess that's on me, for being an adult.