Happy weekend! Weekends are good times for reading so I really ought to be pointing you to the new issue of Irreantum, out now, and specifically a poem of mine selected by the guest editor, but it doesn't officially launch until Tuesday, so more on them later.

In the meantime, some suggestions from my own reading: 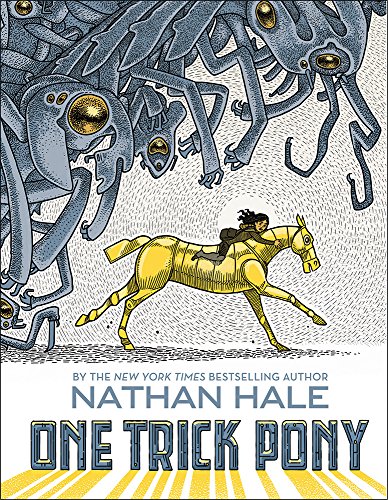 I know Nathan Hale mostly from his Hazardous Tales series of historical comics. I don't think I ever made it through one, but my kids devoured and redevoured them.

Me, I've read his books with some unrelated Hales and Apocalypse Taco.

I suspect this book was not the hit the publisher expected. My local Pegasus still has some hardback remainders on the table. I know 2017 wasn't that long ago, but those books feel like they'll never go away.

And I'm not sure why. The cover looks exciting enough. The story's fun (though the conclusion's a bit pat) and the characters and world are fun too visit. Was it the black-and-white-and-yellow color scheme? I don't know.

Publishing is a mystery.


097) My Darling from the Lions by Rachel Long, finished August 22As my students were perusing and reading from my contemporary-poetry collection, I picked this one up and immediately recognized poems. I had read chunks of this book before and liked it. So I started at the beginning and, shortly after school, finished it.

This autobiographical-seeming collection is about a British woman whose mother is black and whose father is white and explores the world this fact birthed her into. Some recurring themes (the pull of motherhood, sexual violence) and techniques (repeated sequences, moments of the fantastical) threaded through a compelling voice and brightly seen situations make the collections as a whole deeply compelling.

The sadness and shallowness of even her most longed-for romantic relationships ("I will be so light / upon his life he won't realise / he's kept me" 73) contrast with the depth of feeling she has for her mother. Consider how well she sees her here:

I can still only tell if Mum is laughing
or crying by her breasts
—up-down for laughing, up-down
then into a heavy sway for crying.

But even the people we know and respect and love the best remain unknown. She must see her mum this clearly because otherwise she will not be able to tell if she is laughing.

I read the short story "Chivalry" circa 2001 and, like Gaiman's work tends to do, it came back to me as soon as I started reading this adaptation. It's a charming little number.

Apparently Doran's been wanting to adapt the story to comics since it was first written, but it took a quarter-century of waiting for some movie rights to lapse before she could start. I first became aware of the adaptation via the Cartoon Art Museum's website. We never did make it there this summer, but reading Dolan's afterward about how she worked to make the art a different experience in the book versus in person, I've a renewed desire to check it out. 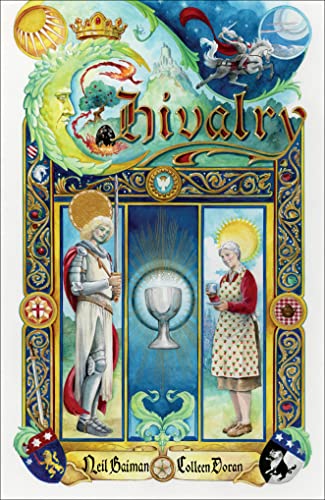 I enjoyed this book lots. I don't know if this book liked me (was I under attack?) but I dub it's straightforward madness. Starting from the epigraph (from Eraserhead), we are in a world that is strange and surreal. I recommend clicking on the cover and reading the first couple of pages and see if you can avoid buying it. I couldn't. 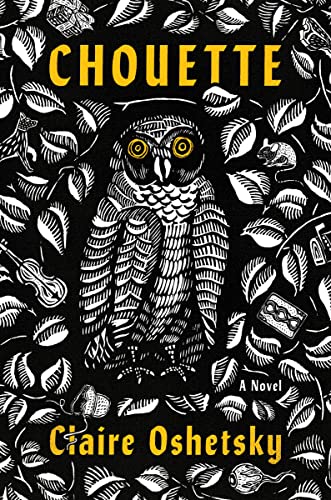 Also, what a great cover! And it follows the rule suggested by Aaron Cometbus to give books good spines so they continue to attract attention even when they've been remaindered or twenty-years-old.

Anyway, a woman gives birth to an owl-baby. Disaster ensues.
The author bio on the backflap says this novel "draws on her own experiences of motherhood" and it's easy to see the realism behind the magical in the little mother's sacrifices and abuses. Although the idea of training a hollow-boned baby to catch gophers might be absurd, a sense of honesty pervades each page.
Not that this is an allegory. Don't ask me to provide the key explaining dog-people or cellos or damaged peacocks. While the novel feels true throughout, it is not so plain as to explain which truths it is revealing.
Although, I suspect, if you are a mother, you may already own the key.

under a month (as I reread the first page)

Honestly? Maybe my favorite index of all time.

two or three stops on a road trip


101) A Bestiary of Booksellers by Aaron Cometbus, finished September 2 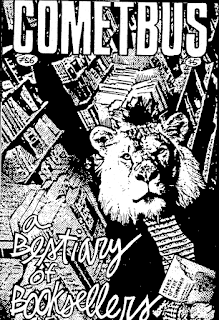 I am become quite the fan of Aaron Cometbus's essays. He also writes novels and perhaps after I finish reading what I've already purchased, I may pick one up. But what I have picked up are his personal essays—not any of the anthologies he's edited or anything else. I enjoy his explorations of his lived world.

This one is about selling books in New York City. Starting your way out selling on sidewalks and working your way up—or over. Lots of side paths you can take. He tells us, for instance, that he has become the go-to guy for sorting collections of the newly dead.

The book, as the title might suggest?, is abecedarian. A is for Adam though Z is for Zoo. Adam is one of the patriarch's of New York's bookselling scene; the zoo is the site of a marriage that brings many of the essay's characters back together one last time.

After I read #55 (links below), I spent a lot of time trying to track down several of the books he talked about only to decide that the authors and titles had been anonymized. I started this one from the same assumption, but eventually I realized this book was doing something different. I didn't start looking things up for a while, but I suspect most (even all?) of the books here are real and perhaps the authors as well (with a couple likely exceptions) even as title of magazines and friends and former movie stars are disguised out of my ability to track them down.

Which gets to one of the peculiar things about Cometbus's intimate essays. As well as we feel we get to know him, we have reason to doubt the veracity of almost every intimacy-creating detail he shares with us.

Regardless, he's a fine host.


102) Slaughterhouse-Five, or. the Children's Crusade: A Duty-Dance with Death by Kurt Vonnegut, finished September 9
What with all the bookbanning of late, I figured I ought to teach Slaughterhouse-Five again. It's been a while. And, it having been so long, I decided I should read it again. Which is a very 2022-Theric thing to do since I have recently read the comic and and watched the film adaptations. Which were both quite good.
As is the novel. I have a very high opinion of the novel. It may hold up better than any other Vonnegut novel I have reread (and reread).
One of the quiz questions this week was "Chapters six and seven contain many things that a reasonable person could find offensive. Explain to that person why one of those things has value and belongs in the book."
Your responses invited in preparation for Banned Book Week, starting on the 18th. 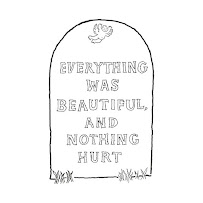 Email ThisBlogThis!Share to TwitterShare to FacebookShare to Pinterest
Labels: comics, five books at a time, poetry