Subtract this you you you ape you! 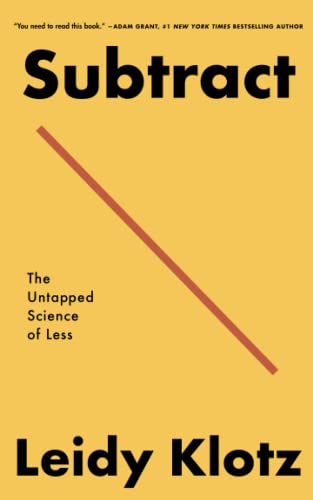 This is one of my December 31st books and the one I've been reading since. The basic conceit of the book is that we, as humans, are more adept at finding ways to add when solving problems as opposed to finding ways to subtract—even though subtracting is often the superior solution.

Klotz is a personable host, but I'll bet this book is waaaay better with him as professor than with him as author. Part of the problem is me taking too long to read the book; various callbacks and such lose their resonance when too much time passes between first and second read. Plus, he shares some nonce words like "satisfice" that can be slippery.

But his major points are made with extreme persuasion and I'm absolutely convinced that less is the solution to lots of problems, for instance, in education. This is something I and some of my colleagues have been playing with, but now I have science on my side! His sum-up of his argument is something I intend to make very visible from my desk so I return to them again and again.

I don't they'll be as persuasive divorced from his examples and analogies, but here they are—let them persuade you to give him a try:


This seems like a good time to remind everyone that I get kickbacks for my Amazon and Bookshop links. One year I broke twelve dollars!

What a weird book this is! It starts on a movie lot and we get some of the day-to-day activity on a lot. Two guys pass by a garbage truck filled with rejected screenplays. Scripts are falling off the truck and they start picking them up to mock them. But then they discover the script of Ape and Essence and it blows their mind. They go hunting in the California desert for the author only to find he had just died. One of the two creepily picks up a teenager while out there and then the rest of the book is the screenplay. 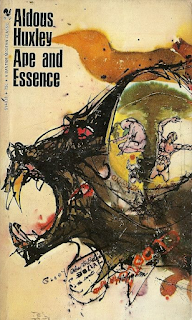 And it is, as they said, unfilmable. Some of the early scenes may have inspired 2001 (anyone know?) but they are trippy and weird and baboon-filled. Then we move to a post-apocalyptic California where some New Zealand scientists have just landed to check out what the nuked world looks like allllll these years later. And things go poorly right away, but the plot follows Dr. Poole who is almost killed by these wastelandians only to squeak out a survival when they learn he's good at making plants produce food.

What follows is a satire of religion (the devil rules!) and sex (once a year, blood and orgy!)—no mercy, as you should expect from Huxley—but he provides a rather sweet ending with both love and God, which surprised me, just as our hero couple are about to head across the Mojave, across the Tehachapis, and into the San Joaquin. So an ending I enjoyed, obviously. I love seeing local sights.

At times, I couldn't believe I was reading this nonsense. But its absurdist humor and final act were fully enjoyable.

But never coming to a multiplex year you!

We picked this up last time we were at Comic-Con and gave it to the kids and I finally picked it up and . . . it's fine. Diverse cast, working together, serious issues, fun monster nonsense.

(My opinion must be common as the promised sequel still ain't here.)

These interviews with contemporary directors about movies they love but are not widely known were great fun to read. And while I still don't expect I'll like Boom! or Killer Klowns from Outer Space, now I want to watch them anyway. And movies I've never heard of like Arcane Sorcerer and The Super Cops are now on my wanna-see list, and movies I already wanted to see like Le samurai and The Trail bounced higher up that list. (Plus, one interview I held off reading until I could finally—finally!—watch my dvd.)

In his intro, Elder suspects that anyone who would pick this book up will have seen at least one of the films. He likes that because he wants readers to feel like they had a way in. And I guessed it worked, because I think I read those interviews (F for Fake, Joe Versus the Volcano) first.

(Maybe. Click on that Joe link and you'll see that I finally watched the film that time because I was reading this book. My guess? I checked it out from the library once before and just read a couple interviews, then returned it. But why didn't it get me to watch Beaver Trilogy that time? Mysterious.)

The point is I enjoyed the interviews and I've added a lot of movies to my various watchlists. Stay posted.

two or three weeks i guess

I've read Seth before. I'm familiar with his aesthetic. But I'm not sure I've read an entire Seth book before.

Well, this was a great place to start. Besides being a terrific example of his cold, fraught aesthetic, his doppelganger gets to complain about things getting worse and worse while wearing oldfashioned clothes and thinking about oldtimey cartoonists. So Seth!

He bumps into a cartoon in The New Yorker from a cartoonist he's never heard of before but wants wants wants to know more about. But it ain't easy. By the time this book goes to press, he's found but eleven. He's interviewed members of the guy's family but he hasn't learned all that much. Not in the way of facts.

But even though he's curmudgeonly company, you do come away feelins like maybe we did learn something after all. Anyway, we don't regret the journey. 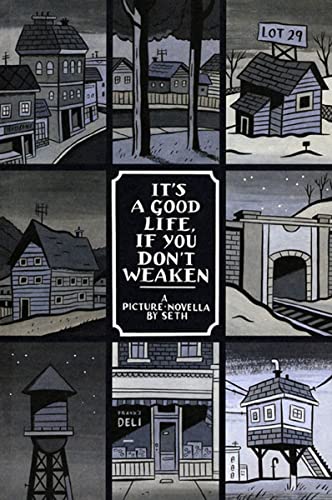 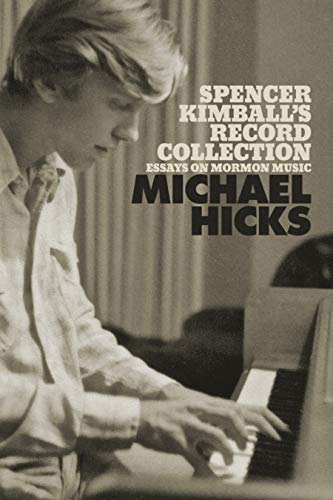 These essays cover a lot of ground and also seemed, before I started them, longer than they needed to be, but each one fascinated and provided food for thought / fun trivia / new insights.

I now think a lot about how Emma Smith's hymnal suggested a different trajectory than the one we finally too. Or how minstrel shows found their way into LDS culture. Or some albums only now on old vinyl that offer something we might not be able to get anywhere else (example, example). Or the process of writing Mormon history and all the, ah, friends it can make you. And even one album from Spencer Kimball's I'ld like to get for myself.

This is a varied collection from an expert with varied interests. "Mormon Music," it ends up, is a lot of different stuff. And Hicks makes for a fun tour guide.