On the cover, David Sedaris has written "How good it feels to throw back one's head and howl with a great comic novel. The 'burial tuck' alone should make The Bible Salesman a classic." Yeah. Whatever, David. The burial-tuck scene was far from hilarious and it appeared in the first few pages, making me wonder if you even read this thing. But the beginning was intriguing, the story of a young man who's decided to make a living selling Bibles getting conned by a faux FBI agent into joining a car-theft ring. It had potential. But then the endless pointless flashbacks to his childhood and cutting away from a scene just as it's reaching its comic potential (the bra scene, for example; boy wearing bra so his cousin can practice taking it off when mother figure walks in then the author cuts away and never returns). The moments of sex and violence at the end brought some life back into the book, but not enough, and what looked like an interesting dialogue on biblical truth was never followed through on. In one sense this book made me feel good: at least it's not just Mormon comic novelists who can't get it right. I do have one question for you ladies out there (feel free to answer anonymously): I keep running into this in the weirdest most unexpected places and so I need to ask: Those of you with sufficiently large breasts and sufficiently flexible necks, do you spend a lot of time biting or licking yourself? Because I can't seem to get away from it of late and it's starting to seem . . . ubiquitous. twenty days

049) Superman / Madman Hullabaloo! by the Allreds, finished May 29 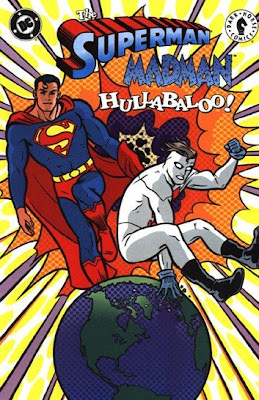 let's call it a week

048) Beyond Fair Chase: The Ethic and Tradition of Hunting by Jim Posewitz, finished May 26 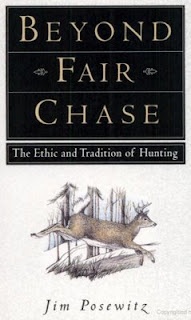 This short and plain volume contains the basics of what it means to be an ethical hunter. And I hope hunters follow this philosophy. I'm trying to think of my hunting cousins and believe that they behave this way and . . . it's not the easiest thing I've ever attempted. Portions of this book got me the closest I've ever been to wanting to hunt. Which I think helps to explain my next statement: Hunter-hating conservationists should read this book. It's not long. You could read it in a quiet afternoon. depends on whether or not you count all the false starts but at least six months and maybe three times that long

047) Brave and the Bold: Demons and Dragons by Mark Waid et al, finished May 20

Still silly but the old stories at the back were better. I was especially enamored of the one Waid did not write but cites as a reference. It had some definite problems, but a good story. In case you didn't read me talking about previous books in the series, The Brave and the Bold features teamups between characters in one-shot stories. For instance, this one had a Superman/Catwoman story. That sort of thing. a few days

Taking eight months to read a book, as I did this one, means that it is difficult to say for certain how excellent its parts are. Perhaps some lesser parts have been lost to memory. But I can say with certitude that this is an excellent book and I can recommend it heartily. Reading Atonement lets me know which aspects of On Chesil Beach where typical McEwan. Long poetic descriptions, for instance. (Not boring per se, but long and poetic and descriptive.) I will be reading more McEwan. I think a short story collection next..... eight months

by Evelyn Candland, finished March 7 016) Frankenstein; or, The Modern Prometheus

by Keith Giffen and Cully Hammer, finished February 18 011) The Joker