Covid Comics Continued (with other books)

I purchased this books months and months before it was even released...and then it's sat unread on my shelf since then.

The team is a mix of people I admire and/or count as a friend (and Rich Tommaso, who seems great, but is new to me), but they're doing DIck Tracy, who I've never managed to care about. I read him in newspapers daily for years and never managed to care. The movie came out when I was at an age to love it and I still haven't bothered to watch it. I just...don't care about Dick Tracy.

But now! thanks to the Covid Comics Extravaganza! I have read Dead or Alive and I can tell you: it is an absolute blast. One of the most fun comics I've read in a while. It's a mash of 30s sense and style with bits of modernity and it's terrific.

That said, it also dives right into everything that's problematic about American policing. Tracy's a hero, sure, but he's also a remorseless monster. And in this candy-colored world of deformed villains, okay. But some recent reading in this household leaves us disquieted.

But we wouldn't want our comics to be simple, now would we?

I had a copy of this collection to give my mother for Christmas, but I forgot to bring it to her. So instead, I just bought a new copy and had it shipped straight to her for covid reading material. I don't know if she'll read it (my dad is loving his covid book), but I hope she will. No one has captured the reality of modern, lived Mormon experience as well or as honestly as Darlene. It's a book that rewards rereading---although my rereading rewarded a little bit less, because covid-reading in the Thteed household is loud and chaotic and comprehension is not quite so high as one might wish....

maybe half a week

I bought this on Jake Parker's recommendation over eight years ago and it's been sitting on the shelf next to my bed since then.

Which is EXACTLY why a covid comics extravaganza is necessary.

The book is beautifully drawn and wonderful-strange. It even dips into the metafictional at one point for reasons I cannot fathom. Most of the words and SFX are in hangul, but the roman alphabet also makes appearances, the reasons for which I am unsure of. Characters change shape and age and---I'm not sure I ever realized that fairy tales about metamorphosis might be metaphors for again.

It's a solid and mysterious book, makes great use of traditional Korean images---it's a true both-side-of-the-Pacific hybrid---and I really loved it. Worthy the wait. I mean. I guess? I don't even know what that means.... 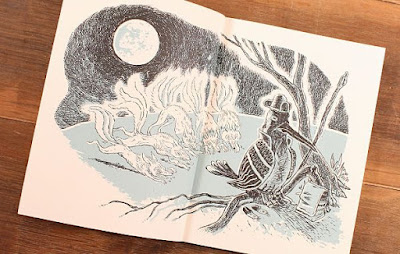 Lost Dogs came out the same year I bought Jinchalo (or, rather, this rerelease did), but I really don't remember when or where I picked it up. Why is much easier: it's Jeff Lemire. And it's after I read Essex County.

(Incidentally, it's great that Jeff Lemire is doing lots of good writing for DC, but I personally would prefer more written-and-drawn-by-Lemire comics, myself.)

Lost Dogs was the first comic Lemire finished and his style is already mature and individual. The story's a bit half-done, but the pathos of the art makes that matter much much less than it might have out of another's inkwell. It is a tale of a giant forced into unwanted violence, which is not exactly original, but this giant ties into other traditions (note the occasional efforts to make him echo Frankenstein's creature) and the simplicity slowly lends itself to something that tastes a bit more like allegory.

Lemire does get better, but he should never be ashamed of the book that came first. It's still good. 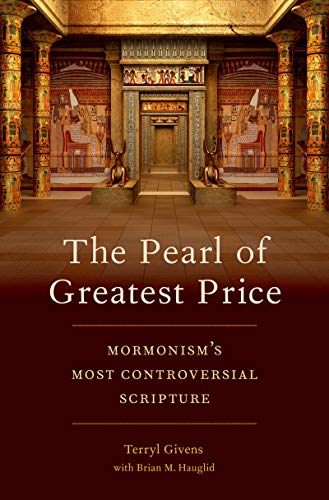 I picked this up at first to read the second on Joseph Smith—History for a project I'm working on. But that was so great, I kept reading through the end of the book, then back to the beginning to read about Moses and Abraham. The Abraham part was looooong and took what at least felt like the bulk of the time spent reading, but it was still insightful and scholarly and insightful.

I wish I'd read this book before recording Face in Hat's translation episode.

In short, this book comes from me highly recommended if you like engaging with the Church in an intellectual way. I guarantee you will bump into points and arguments that are new to you. It's a bounty, to be sure.


books from the recent and distant past
books one through five