Before we get into the latest batch of books, you have to check out what we're going to do. And what I totally want to be for Halloween. 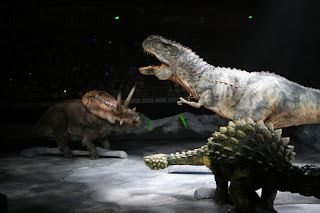 The Brass Clan can get tickets before they are generally available and they emailed and asked if we'ld like to go. Needless to say, we're all stoked. The Big O can't wait to see the dinosaurs eat other dinosaurs. I'm just making up for missing Gertie ninety years ago.

Anyway. It looks awesome. Click on any of the dino photos and watch the videos. I'm pretty excited.

As for the books, we've got a few classics (The Pearl and , perhaps the best new newspaper comic of the last decade, the Great (and Controversial!) Mormon Horror Novel, plus Book #60. Expect long diatribes--or at least discussion--over the G(aC!)MHN and Foundation.

Plus lots of cool dinosaur photos! 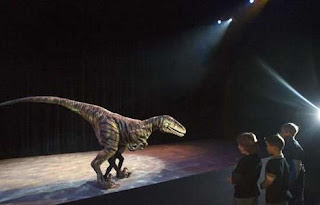 060) Tales of the Black Widowers

I have already gone on about Asimov at some length in this five, so I will keep this brief: Fun little mystery stories. My favorite was the one about the fire, although it was the closest to a cheat. My least liked was the one about Alice, because it seemed to break the rules of Henry's skillset. Technically, I was most impressed by the effortlessly drawn characters, each of whom remained distinct. The perfect book of short stories to carry about in a pocket for instant distraction with minimal requirement. 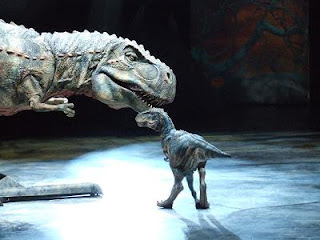 We read this book aloud in both my freshmen classes. It was my first book since reading Of Mice and Men

in high school. And this one has a pretty similar ending. Makes me wonder if Steinbeck has any other tricks. Anyway, I won't write him off entirely until I've read East of Eden

and Travels with Charley 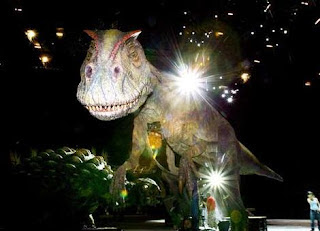 Someone left this book next to the changing table, and I've been reading a bit here and there as I've changed diapers. Then, today, as the Large S took a nap on me, I finished it up. Good book. The first Get Fuzzy collection. I started reading Get Fuzzy online when it was only a few weeks old and I still count it one of the best new strips of the last ten years, even though I don't read newspaper comics online like I used to. Good stuff. 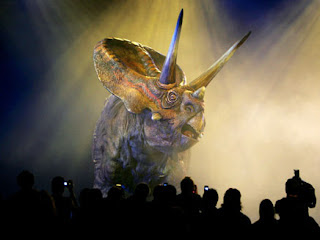 For those of you who haven't been paying attention (or have been too far removed from Martindale's shouting), this is a Very Controversial Book. I'll get to that later, but first I just want to say that those of you who like idea-driven fiction, this is a great book. If, only the other hand, you read to luxuriate in the wordsmith's killer style, forget about it. I'm going to talk about style first, so we can move onto the meatier stuff without worrying about it, but if you're totally disinterested in issues of style, skip ahead to the *****.

So it's kinda clunky. Let's just say it cause it's true. The dialogue's not terrible, but no one's going to be putting him on list's with Every-Critic's-Favorite Elmore Leonard any day soon.

The worst thing (maybe) is this: Martindale can't seem to decide who his audience is. Since the book is steeped so heavily in Mormon doctrines and culture, he seems to be aiming directly at Mormons--who else could follow the twists, other than someone who's been going to their church meetings the last decade or so? But on the other hand, if his audience is all schooled Mormons, why the occasional dunderheaded explanations? (Example: "the Book of Abraham in the Pearl of Great Price".)

Actually, I think I can explain that, because it's not just Mormon stuff that gets overexplicated now and then, and Martindale is hardly alone in committing this sin. Too many writers add awful sentences at the end of paragraphs that make the reader wonder if they think I'm stupid. This is a complaint I make a lot.

But enough on style. Let's wrap it up with a question: is Martindale a writer whose virtues outweigh a lackluster style or not? Is he like Harry Turtledove

, an excellent storyimaginer whose crappy storytelling renders him unreadable (at least to a sometimes snob like me)? Or is he like Dean Hughes

who admits to not being a stylist, but is so compelling and unpretentious that it hardly matters? (Or, for that matter, Asimov?)

I don't know. I've only read one book.

Let's start with the assertion I've never heard argued, that everything in Brother Brigham is doctrinally sound, from a Mormon point-of-view. This is, in fact, arguable. But only arguable. Also arguable is some of the Church-procedural stuff, but like I said before, this is a novel based in ideas, and I think I'm going to go with the crowd and not argue with the it's-doctrinally-sound assertion. After all, it's an argument I could lose.

This book had a certain fame and notoriety among Mormon literary circles as the Great Unpublishable Mormon Novel, and I had been anxious to read it for, mm, five years? The first chapter has been online for a while, but I couldn't see much point in reading it without access to the rest of the book.

(Update: since I read that first chapter a few months ago, the page has been changed to increase readability; which was sorely needed.)

Then came Zarahemla Books, looking for "edgy but not apostate" Mormon lit and snapped BB right up as one of its first books. So I read the online first chapter. I had style issues, but assumed an editor would have fixed them up (wrong there)--and besides, the opening salvo was plentiful intriguing. I wanted to read more. So I bought the book.

It took me a couple months to get to it, but finally I did. And now I've read it. And what do I think?

Although the books' big reveal was never announced to me--although it occurred to me (as a well versed Mormon) before the second chapter ended. The details of the big reveal felt more like namedropping than revelatory, but that's getting way too nitpicky. And, in fact, I would not have recommended the namedropping be changed if anyone had asked me.

Which brings me to something really important I had better say now: Unless you're kind of squeemish when things that aren't supposed to happen happen (and this book will let you know if you are), then this is a book worth reading. Yes, it's hugely Mormoncentric; yes, it's got some style issues; yes, there is SEX! VIOLENCE! EVIL! POLYGAMY!; yes, yes, yes. But the book offers a hugely different place to stand and examine your faith and that's never bad.

So here I'll say something about (spoiler alert) the hopeful denouement. It is good and right and proper and nothing like a copout. It's even--I'll say it--faithful.

And no matter what you think about Brigham Young appearing to a man mowing his lawn, that's an idea worth taking for a drive. 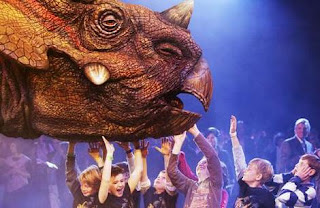 I have been meaning to read the Foundation books for some time--their importance to the development of the thinking and style of American science fiction really can't be overestimated and I felt an obligation to read them. But I never got around to it until Recession Cone lent me his three-in-one set. Although even three books only take us about halfway through the story of the fall of one empire and the creation of another.....

Style first: Asimov rejected style entirely and in doing so created a voice that has been mimicked and copied to no end. This is recognized pretty widely. So how does his styleless style strike me? Pretty good. Unlike some other styleless writers, his writing is not that clunky. Most of the clunkiness has to do with the book becoming dated (notable it's weirdly period tobacco use and sexism)--the plain style of Asimov's prose holds up fine. Or at least compared to the other fiction I'm reading at the moment. ¶ And the story? Hmm.

Prefirst: It was surprising to get invested in characters only to turn a page and find out they had suddenly been dead fifty years, but I got used to it and I understood and it makes sense given the story being told.

Now. First: I love the idea of plotting history mathematically and sculpting a better future through a precise understanding of the human mass. Very cool. And I was in favor of the Foundation all the way. But, in the third book (SPOILER ALERT), we learn that the Second Foundation had been pulling strings all along, I felt these two things equally strongly: a) Those bastards! How dare they! and b) Well, duh. Of course! It makes sense! Good for them. I'm not comfortable with that split in response.

Anyway, the first book I was in and out of in no time. I slowed down and took many breaks with the others, but they're fast reads too--in no small part to Asimov's styleless style. Should anyone at all interested in American science fiction read at least the first? Of course. Would I recommend it to them? Yes. But I probably wouldn't use it as an example of SF's reasonable claims to ahrt. But it would be an easy recommend to a younger chap wondering where to start.

I'ld just warn him first that women aren't that docile in real life.

by Osamu Tezuka, finished August 20
054) Polygamy Was Better Than Monotony

by Paul Bailey, finished August 10
053) Plato and a Platypus Walk into a Bar: Understanding Philosophy Through Jokes

edited by Kazu Kibuishi, finished June 27
046) Nobody Is Perfick

by Donald Newlove, finished June 12
044) The Universe in a Nutshell

by Frank Herbert, finished June 9
042) The Gifts of the Jews: How a Tribe of Desert Nomads Changed the Way Everyone Thinks and Feels

by Charles M. Schultz, finished May 22
037) The Penultimate Peril

by Lemony Snicket, finished May 21
036) The Grim Grotto

by Lemony Snicket, finished May 18
035) The Eyre Affair

by Jasper Fforde, finished May 15
034) Neverwhere

by Alan Lightman, finished April 20
027) The Long Chalkboard: and Other Stories

edited by Harvey Pekar and Anne Elizabeth Moore, finished February 26
011) Everything Is Illuminated

by Mark Millar, finished January 16
003) A Walk in the Woods