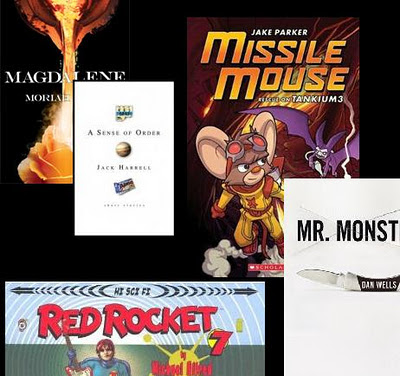 Comics and about comics

Mike Allred
This is a big year for Brother Allred, it being the twentieth anniversary of Madman and everything. I wasn't a huge fan of the Madman New Giant Size Super Ginchy Special, however. But next year's much delayed (and physically huge) Monster looks cool even if it doesn't have much stuff by Mike himself. It's what I'm spending my Christmas gift certificate on.

More fun for me in 2011 were the iZombie books, which Mike drew but did not write. Check them out: iZombie: Dead to the World (volume one) and iZombie: uVampire (volume two).

Red Rocket 7 is the most Allredian thing I've ever read. That may be good or bad, of course.

Finally, I also read Modern Masters Volume Sixteen: Mike Allred (as interviewed by by Eric Nolen-Weathington) which is terribly useful if you're planning on writing a dissertation on him any time soon.


Floyd Gottfredson
I'm still sad how disappointed I was in Walt Disney's Mickey Mouse: Race to Death Valley. Watch for a full review in a coming-soon issue of Dialogue.

FICTION OF THE YEAR

Moriah Jovan
Magdalene is the best and most explicitly Mormon novel I've read in some time. Even if Moriah doesn't like me trying to sell it to Mormons (it has some sex, you see). Check it out.

Jack Harrell
A Sense of Order and Other Stories. Embarrassingly, I still haven't written my Motley Vision review of this book. I need to get around to it. Suffice it to say that this is as good a single-author collection as Todd Robert Petersen's. Maybe better. It's a close call.


It was a great year for YA book as well, charge led by the Wells brothers.

Robison Wells
Variant was the more propulsive read, but I don't feel like I can pass final judgment on a cliffhanger like this till I read the sequel. However, I have been called to repentance and now tell you to buy and read it without waiting for book two. You won't regret it.

Orson Scott Card
Ender in Exile: I just read an analysis by Wm Morris yesterday that pretty much sums up everything that's wrong with this book compared to Card's earlier work:


[Card] has adjusted his writing style and focus. His fiction of the past 15 years or so is markedly less literary and more transparently ideologically motivated than it was previously. His disdain for psychology and for intellectuals, for example, comes through more strongly in his later work. In addition, he has seriously toned down the “deviance” in his work.

NONFICTION BOOK OF THE YEAR

Grant Hardy
Understanding the Book of Mormon: A Reader's Guide. Buy it today. You really really need to. If you're Mormon and care about about literature, you need to read this literary analysis of where it all began.

Kohl Glass
Redcoat: I read this in MS form, so I won't say much except I hope this moves onto screens while it still has major zeitgeist potential.

What a great year! These were all good to great! of course, I was pretty selective and didn't finish the one Mormon book I was hating, but hey! 2011!

Even better, perhaps, this year saw the release of two freaking astonishing book from sǝɓɐԀPeculiar, Fire in the Pasture and Monsters & Mormons.


APPENDIX: A book with significant Mormon content not by a Mormon

James Rollins
The Devil Colony: I pretty much hated it. With a couple notable moments as exceptions.
Thritten by Th. at 8:40 AM