Step right up and try your luck

Hey, everyone! Only two books this time—a Steinbeck comedy and something that inspired me to make a game for you. Enjoy playing! (Unless you're Edward Ross, in which case, sorry!) 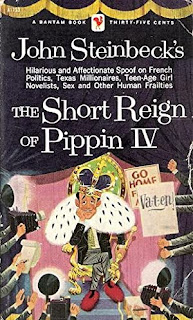 I'd never heard of this before finding an old paperback—which I didn't take long to start reading because I had no idea Steinbeck wrote purely comic fiction.

And it was good! A heavy percentage of the jokes haven't survived the journey into the new century, but enough did. The wisdom is intact and the characters are still fun to visit.

And, when you learn the only way to be a good king is to be worthy of the guillotine, well. It is Steinbeck. Is that how it will end?

It may not be top-tier Steinbeck but it's aged better than most comic novels and I recommend it.

Also, click on the image to see more cool covers.

I'll spend most of this review complaining about all of Filmish's failures, so let me start by saying that if you've never read any film criticism—particularly of the medium itself—this is a pretty decent first dip. By which I mean, if I ever get to teach the high-school Writing about Film class I want to teach, this would make a good textbook. (For the first two or three weeks. I would still want something like ______ for the semester.)

In short, the films he knows well enough to draw on are the exact films he says it is dangerous if they're all we know. Or, in other words, this is the classic absurdity of young white liberals who say the world should be better for people other than themselves while unironically reveling in every privilege the world-as-it-is delivers them. 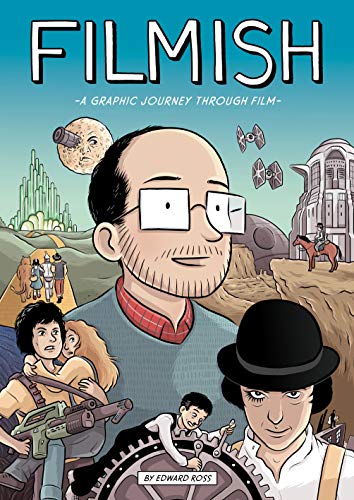 The book itself is modeled after Scott McCloud's Understanding Comics and its sequels. Ross even dresses in a plaid overshirt. But he doesn't understand his subject matter as well (unfair; who does?) and his scholarly quotations often simplify what's under discussion in order for him to hit all his talking points.

But the most glaring failure of the book is Ross's inability to draw faces.

So let's play a game! I took images of white male movie stars who appeared in the book, tried to blur anything identifying in terms of costume or set (probably unsuccessfully), and I'm now inviting you to match the face to the name. Just to mess with you, one person appears twice.

Good luck! Leave a comment or reply to this email (get the emails) and let me know your guesses. Some of them are reeelly hard. 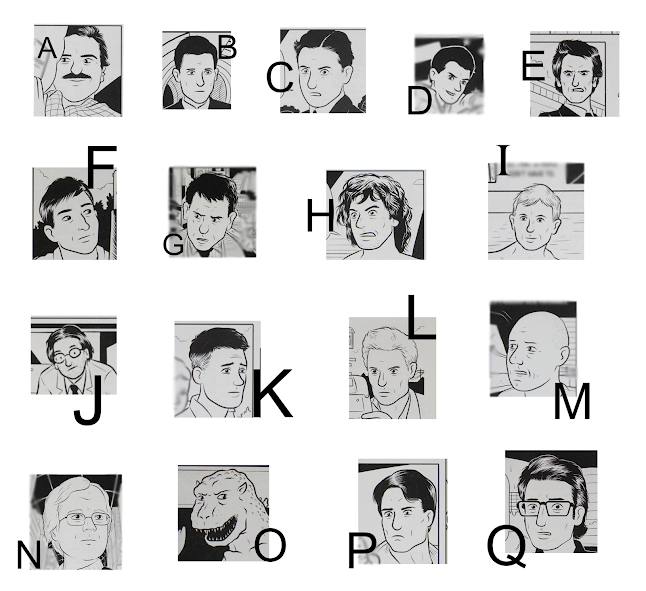