A svithe-like post on lesbian. No, the other L word.

It's a well established fact that I'm about the most orthodox Mormon available, and so I've no doubt that screams of mansploitation are forthcoming were I to say I'm about to set straight those crazy ex-Mormon lesbians in Slate. But that's not what I'm doing. So take a breath and join me in exploring how we as a church have failed these lesbians.

(Of course, the real story in today's news of people misinterpreting their own Mormonism [says I] is those nuts in Oregon, but they're self-evidently crazy and even the Church has stepped in to comment, so I'll let them rattle around on their own.)

I'm going to quote lines from the article and then push back against them. To be clear: I'm not claiming that these women did not experience Mormonism as they say they did. What I'm saying is that we failed them by presenting them a Mormonism that looks and feels the way they saw and felt it.

Here's the illustration from the article to get us started: 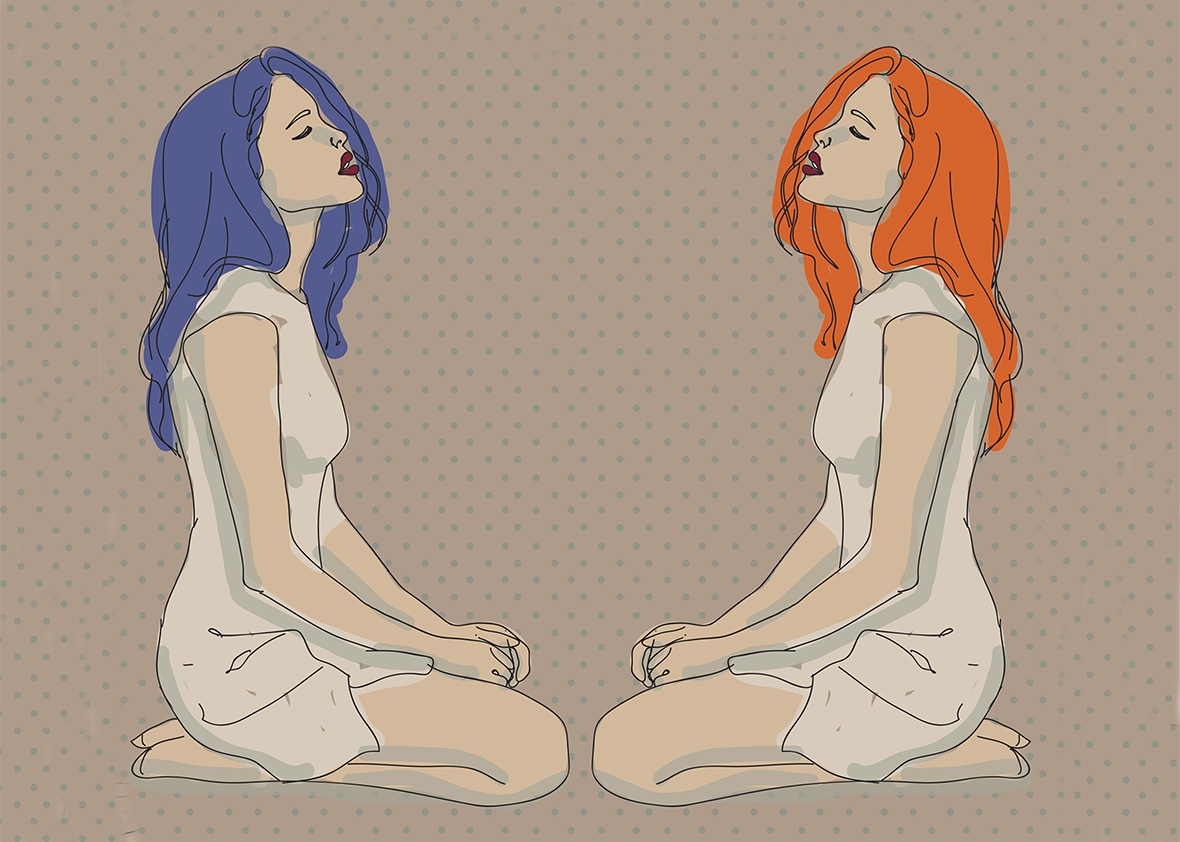 No child should be taught this. No convert should be taught this. The nature of being human means we will fear others will not tolerate our deviations and so what we as a Church must do is emphasize to everyone---young, new, ancient---that we've room for you and all your pesky deviations. You show me a Mormon without a deviation and I'll show you a lying deviant.

If you take one brick away, the whole tower [of Mormon doctrine] collapses, which is horrible architecture for an actual tower....

Based on the article, I would guess this woman was still new in college when this happened to her, but I've seen it happen to friends well into middle age. Too many of us are not taught how to navigate a world and a doctrine and a history that's more complicated than a Primary manual. I've had friends whose testimonies collapsed because Joseph Smith was a polygamist or because [insert tonedeaf gay moment here] or hat translation or other single items, but our faith should not be a flimsy tower subject to collapse when one brick slips. Except---except that for a lot of people it is. How are we failing in the teaching of our doctrinal framework such that our fellow Saints don't have the intellectual and/or spiritual skills necessary to work through new information? We must do better.

And, because Mormonism is such an all-encompassing religion, it also destroyed my sense of self.

This one I'll just agree with. If my faith were to collapse as did her tower of faith, I don't know what I would be. Figuring out who I am would have to wait for that first question to be answered. With the Church so integral part to identity, we have a responsibility to build towers more structurally sound. We can't be lazy and pangloss others' (potentially existential) worries away.

Girls are often asked to write letters to their future husbands, which church leaders hand back to them on their wedding days. A woman’s highest calling is to be a mother and support her husband.

Mormonism also gives gay people convenient ways to explain away their feelings. You are meant to find the one man you were married to in the “pre-existence,” before you were born on Earth. Ambivalence toward the other few billion human men makes sense.

We've been in an all-out debunking campaign for forty years on this one-and-only bullcrap and yet it still survives! And now we see that it's not just bad doctrine, it hurts people in ways I'd never even considered before. Stomp it out. Show no mercy. If you must, put out a hit on de Azevedo before his Saturday's Warrior reboot.

Heavenly Father sends us temptations, to test us.

Woah. Who is telling kids this? Holy crap, people. JOSEPH SMITH RETRANSLATED THE BIBLE TO TAKE THAT IDEA OUT.* If you see kids suggesting their heavenly Parents are playing gotcha, maybe chuckle gently and offer an alternate understanding?

“I lost every friend I had ever had.”
“We lost everyone,

The !@#$%# people. No. No no no no no. You are failing at Mormonism specifically and Christianity generally. Give a lesbian a hug for heaven's sake.

I turned off CHVRCHES and turned on the Mormon Tabernacle Choir

MoTab's great. Noel's one of my all-time favorite Christmas albums. But no one should have to turn off CHVRCHES to listen to them. I'm so sorry.